Hyundai Electric said on Thursday it signed a contract with Korea Zinc to build an industrial ESS with a capacity of 150 megawatts (MW) at Korea Zinc’s refinery plant in the southeastern city of Ulsan by November. The company claimed that the new ESS would boast the world’s largest capacity. The deal value is estimated at about 50 billion won.

The latest deal comes after Hyundai Electric earlier this month won an order from its sister company Hyundai Heavy Industries Co. to build a 50-megawatt hours (MWh) ESS system. Since Hyundai Electric was spun off from the world’s biggest shipbuilder earlier this year, it has been driving its expansion into the burgeoning ESS market.

An ESS captures energy for use at a later time, significantly improving energy efficiency. It can prevent power shortage at peak times and is the core facility for the commercialization of wind, solar and other renewable energies. The global ESS market, worth $2.6 billion last year, is projected to grow nearly tenfold to $29.2 billion by 2025.

The Korean ESS market growth is also expected to accelerate as the country’s new government has vowed to wean off nuclear power, a move that is expected to increase demand for other types of new renewable energy sources. According to government data, the supply of ESS facilities in Korea has jumped about 60 percent to 89MWh in the first six months of this year from 55MWh a year ago. It is forecast to surge to 413MWh by the end of the year. 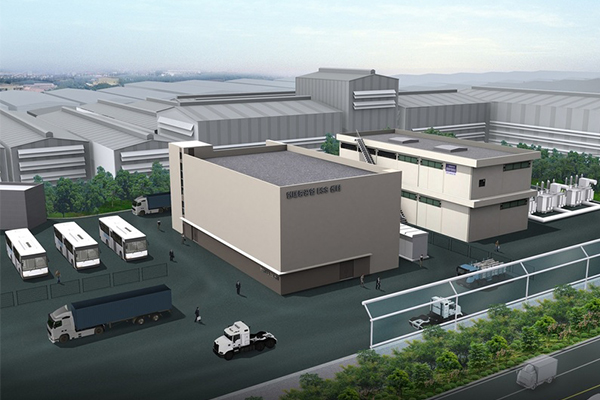