(SEOUL=Yonhap News) Hyundai Heavy Industries Co., a major South Korean shipyard based in Ulsan, said Tuesday that its third-quarter earnings increased 2.1 percent from a year earlier on cost-cutting efforts and the delivery of high-priced ships.

Net profit reached 197 billion won (US$176 million) in the July-September period, compared with a profit of 193 billion won a year earlier, the company said in a regulatory filing.

For the year, the shipbuilding company aims to win orders worth $4.3 billion.

In June, Hyundai Heavy spun off its noncore businesses, aimed at what it claims will boost each business unit's competitiveness. Under the plan, the shipyard split into four independent entities: shipbuilding, electronics, construction equipment and robotics. 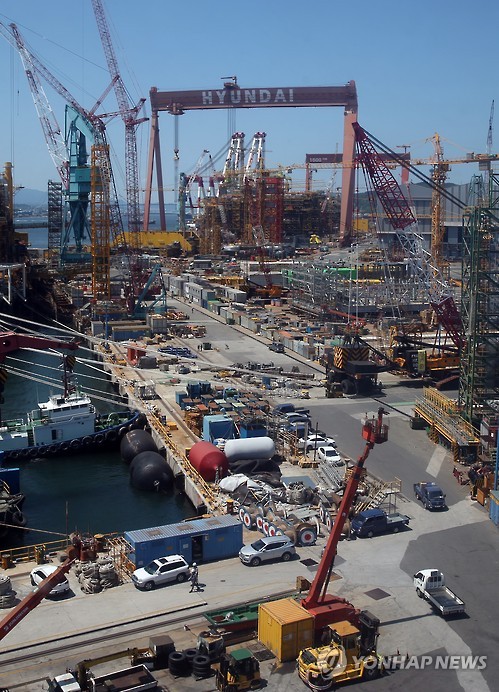