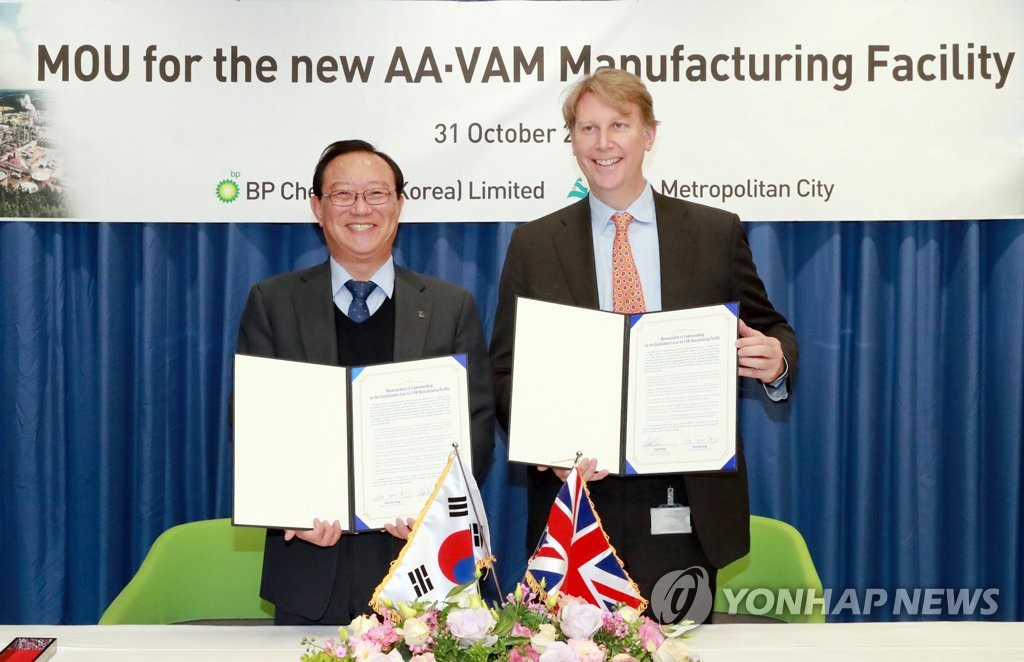 The last year's figure was an over achievement that accounted for a 170 percent of the year's FDI attraction goal (USD 500 million).

The actual FDI amount that arrived was USD 622.68 million.

The city analyzed that while the main industries such as shipbuilding and automobiles are experiencing difficulties, the recent growth of petrochemical industry steadily drew foreign investment capital.

In order to attract foreign investment, Ulsan City made the first approach to domestic and foreign investors by visit and persuaded them last year.

In October last year, the city had sent task force teams to Germany, the U.K. and Japan, and signed an investment MOU with the global petrochemical company BP Chemicals Limited (KRW 180 billion) and had investment negotiations with BASF Germany.

In addition, the company carried out a wide range of investment promotion activities to foster the floating ocean wind power and the genome-based medical industry, thereby maximizing the investment attraction effect.

A city official said, "We will do our best to attract new industries that enhance the competitiveness of our local industries, such as the environmental friendly energy industry including hydrogen and the genome-based medical industry."

The regions and countries where a large sum is invested are the Middle East 30 percent, Japan 19.1 percent, Singapore 15.7 percent, the UK 8.2 percent, the U.S. 7.1 percent and Germany 6 percent.